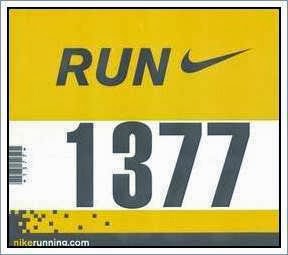 Watched lots of movies, uploaded some photos to Running and walked around Paris last week.

New in gallery - bibs from running . Well you must be wondering what is that ? For a person like me from whom the activity of sport was taken away by various pressures at young age it means a lot. The good side of it is that I am the very few fortunate one to run at this age at various places but rest remains as silent voice in vast population of India.


Tried lots of combination for uploading video to my website and found due to some mismatch between my Digital Camera and computer I could not get the precise result for which I was looking. Here is one from Paris - Metro. These are the few of those musicians who play for free inside the metro. Some of them are great who just play as they try to get a good number of audiences. Especially in Chatlet; the most crossed metro stop by people as it is the bull-eye of paris Metro Network. Rest plays for small money in the metro compartment and that some times sound hard on ears.
And most importantly have watched lots of classic and good movies recently. Here is the list that I borrowed - Merci Francois!!

These three are adaptation from plays by Tennessee Williams


These two are so funny and witty you will roll on floor :D