The flight to Guwahati was too early in the morning from Bangalore and we decided upon that on landing we will go directly to Kamakhya temple before starting our trip. Kamakhya Temple is around 14KM from the airport and our relatives stay on the other side of the city. It makes sense to start the trip in an auspicious way and we tried to strike 2 birds with one.

On D-day at the wee hours we three took shower, ensured all right measures were taken from the kitchen to balcony for a long vacation.  Pre Booked airport cab was a right choice as last time we did not have so nice experience with Uber/Ola. Morning marathon is sometimes little difficult when you are on vacation but it's all fine when you are bitten by the travel bug.

After security check-in we were seated in the lounge, talking and watching people from different parts of the world and suddenly a call came. After a very short talk, I looked at Santanu in order to know whose call it was at that hour …."Ground Staff "calling to board the plane…..quite surprised though. Were we really lost in watching people and do they call personally on the phone,  as it's a silence zone...Strange but feels good. 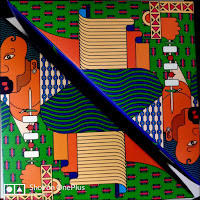 On boarding the flight we met surprisingly one of the friends and his son on the same flight who were supposed to go with us to Shillong initially but had to cancel due to last minute emergency. The father-son duo was going just for a family function. We spoke two words and moved on to our designated seat. After waking up so early, me and my son were really hungry waiting for the breakfast which we have pre-ordered. Santanu was first one and me in between dozed off but my son was completely awake whole of the time. 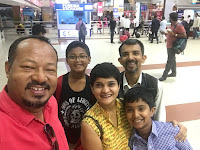 In between, that friend of Santanu came and spoke to us for some time about his family matters and even my son went to talk to his son. On landing, we had a quick selfie and parted our ways. Santanu's cousin was waiting outside for us with his car.

Maa Kamakhya Temple which is situated on Nilachal hill and is one of the oldest of the 51 Shakti Pithas.   Shakti Peethas are shrines or divine places of the Mother Goddess. These are places have been blessed with the presence of divinity due to the falling of body parts of the corpse of Sati Devi, when Lord Shiva carried it and wandered in sorrow.  Now out of  51, 4 are considered Adi(primary ) Shakti Pithas and Kamakhyais one of them. The main temple is a cave of indeterminate age, with rock steps leading down to the garbhagriha. According to Kalika Purana, the site marks the spot where the yoni of the Goddess fell, and the hill turned blue. The deity is represented by a representation of the yoni. The temple has various sculptures around embedded in the walls not only outside but inside also constructed during Aahom rule. 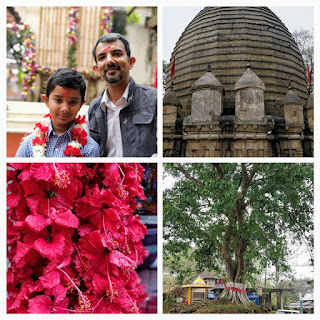 From regular families to politicians, foreign tourists to sadhus and sanyasis, everyone wants to have a darshan. Its really difficult to make your way through a bustling crowd but being a cloudy day with raining lightly it was not crowded madly but enough for you to stand in a long queue.

On reaching the top, we were introduced to one known panda(priest) who took care of us. We bought VIP tickets of 500 INR for both and were made to sit in one room. In between and it started to drizzle more. After waiting there for about 40 minutes we were made to join one line from where it takes to the main temple. There are three kinds of queues in Kamakhya - the ordinary one, the VIP one and lastly one for armed forces.

We couldn't see much after our offering as it was raining and was getting time for temple closure for bhog (mid-day offering to Goddess). Santanu’s cousin drove us to Bhuvaneshwari temple from where you can view entire Guwahati city and river Brahmaputra on a clear day. But unfortunately, we couldn’t see much because of bad weather. We paid our homage to the temple and quickly moved from there to our relatives' house.

By the time we reached was almost 3 PM, had late lunch and catch up with them after long gap about the entire family. In the evening we went to visit another relative who resides close by and had the plan to go for dinner somewhere outside. But relatives seeing us after such long time pampered us to the extent that we were almost full having no space for dinner.

Then seeing the time and weather we too decided to call off the day so that next morning we can wake up early as well as fresh in order to start our journey by road with our Zoom car.
at Saturday, May 19, 2018 No comments:
Labels: assam, guwahati, kamakhya, road trip
Older Posts Home
Subscribe to: Posts (Atom)