My last week trip to Singapore was a hectic one. Too many meetings and meetings at work; best  part is now a new Starbucks at Science Park Drive is opened close to work; was very lucky where every other day got pampered by my host with a coffee. 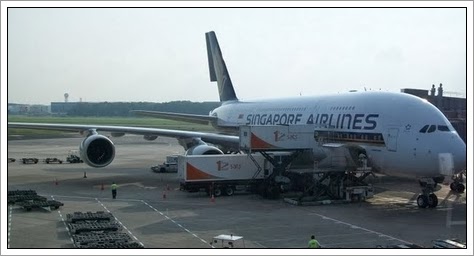 The flight from Bangalore was a nightmare I never experienced such horrible service from any airline in my travel history. For Airlines each seats are perishable commodities, which is lost as soon as the flight takes off and it is a dream come true for Airline Company when they have one. But looks like Singapore Airline (SIA) staffs not adequately trained to handle such pressure. The dinner was served at 1:30 AM while the flight was on time at 23:00PM. Neither they came with coffee or tea after dinner, may be most passenger would not have asked for the same but still they should have don’t they... ? I pressed the button for extra water but no one attended me.
While returning from Singapore person at counter was very strict about extra luggage. I had to adjust extra 2 Kgs that I had which was something new for me. For the first time, I had to do that …. blame it on IKEA . Anyways, the famous courteousness of SIA staff was totally missing when I asked for priority level for my check-in. And this time I did ensured my seat on-line prior to flying. In-flight service was much better this time as the flight was very much empty. May be only half or less and service was comparable to old times.
But on whole it looks like entire Singapore is going through a cost cutting measure to turn around their economy. They issued me a 2 year VIA on simple A4 paper. Not sure if that paper is going to last or not. And clearly SIA staffs donot know what to do when the flight is full which is really a BIG disappointment.

I ensured to share the same feedback to SIA website and hope for the better service next time.