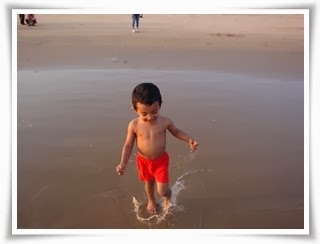 We had to extend our planned holidays as we got a last minute invitation for my cousin's marriage now both marriages were only 6 days apart. Personally was quite unhappy about the whole situation of attending two marriages; instead of voicing opinions, kept cribbing and ranting. Confronting such family matters does not work as no one is right. Anyways, at times you are forced to go along with such decision whether you like it or not.

Plan to Sunderban trip was made by Santanu as we wanted to go somewhere around Calcutta not just one Wedding to start with. And now with extension of our holiday we were left with 2 more days in hand. So after lots of thoughts and web browsing we settled unanimously for Puri - every Bengalis dream place or second home. Digha an eminent beach resort of West Bengal was shelved as everyone recommended against it. 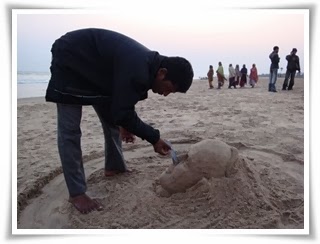 From Calcutta its one night train journey and reached Puri early morning by Puri express. Heard from lot of sources and found it in actuality too that all kinds of people will start approaching you ,offering help starting from getting hotel to visiting inside the temple by trying to rob you. Avoided these people as much as possible.
We booked for Hotel Santana which was not sea facing but not far from sea. It’s located on C.T. (Chakra Tirtha) Road where most non-Indian prefer to stay. There are steady growth of foreigners in recent years who find beaches of Orissa are more tranquil compared to the famous one on western coast of India. Puri beach front is divided in 3 sections starting from west you have the old hotels which are frequented by Bengali’s; the middle section is a no-tourist-land as there is a big gutter which opens at sea and at the end you have the C.T Road where new hotels are. 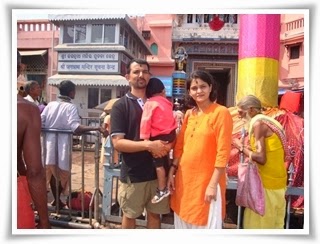 First thing for us after reaching hotel was to visit Jaganath temple. We asked our hotel people to arrange for darshan. They did it within hours time very kind of them. They told us not to pay any exorbitant amount to that person just anything you wish should be fine enough. I didn't know before that non-Hindus are not allowed inside the temple. We had very smooth darshan despite lot of chaos and fight among police and pandas were going on just before closing of temple at noon. It didn't took much time too in queue compared to Tirupati. 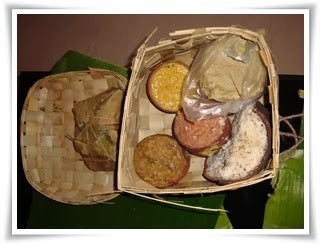 After darshan we decided to come back and had lunch as we were empty stomach from morning so had food at one Jain place with no onion and garlic. Then strolled around in the street near to hotel. It was quite hot and bit humid at day time so went back to room. Rested for a while then left hotel on foot around 4.00pm to walk along the beach towards bazaar. Till 8.00pm we were roaming around and then decided to come back as Aarush was to be fed which was our concern. In evening we had temple bhog which was huge chunk to be finished by two. You are not supposed to throw bhog we shared the untouched portion with our hotel staffs who were also happy to have it. The Prasad is so holy that a Hindu Brahmin will eat the same even an un-touchable saves the same from a dog’s mouth. 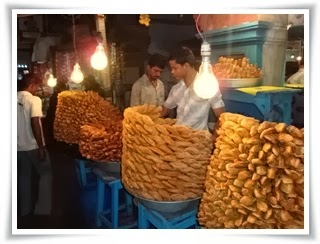 Next day at 8.00am we left our room for Konark by a Cab from hotel and on reaching the spot hired a guide. The Guide was well informed and very decent took around and an hour or so to explain and then we took our own time to look around. From there we came to Chandbaga (Konark gold) beach. Aarush jumped into sea and was not willing to come out but we convinced him somehow that in evening we will come again. We came back to city center walked around temple area shopped some Saris and had food there in one restaurant from where temple is seen very clearly. 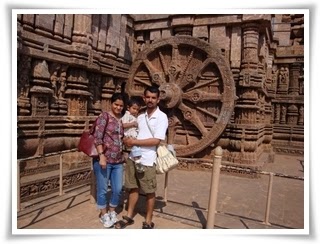 Did few shopping and came back to hotel. Then in evening as per our promise we took Aarush to beach and he was very happy. At evening its cool breeze which makes you to stay long then we came to street side food where we had fresh fish fry and hurried to hotel for Aarush before he gets cranky out of hunger.
At late night boarded train back to kolkata.
at Sunday, October 03, 2010 No comments:
Labels: Hinduism, India, Jaganath temple, Jagannath, Konark, Orissa, Orrisa, Puri, Santana Hotel, Tourism in Orissa
Older Posts Home
Subscribe to: Posts (Atom)