Visiting the northern part of Karnataka for its historic and artistic monuments were long due. We thought of doing it two years back during 15th August long weekend but postponed the same due to late rain and high water level at Tungabhadra Rivers. This year we started to plan early and consulted two avid travelers and their guidance in setting up the itinerary. It was planned that we would use the 2 weeks school vacation for this trip, but then I personally felt it would be a great miss Durga pooja twice in a row. So we modified our itinerary again and split the same in two with 5/6 days of stay in Bangalore to celebrate Durga Pooja.

On the negative side it resulted in longer drive for me and dropping few destinations from Northern sea-side destinations. Now we have to do that another time as it would require another sojourn of a week to complete. Here is both the list for a easy reference. 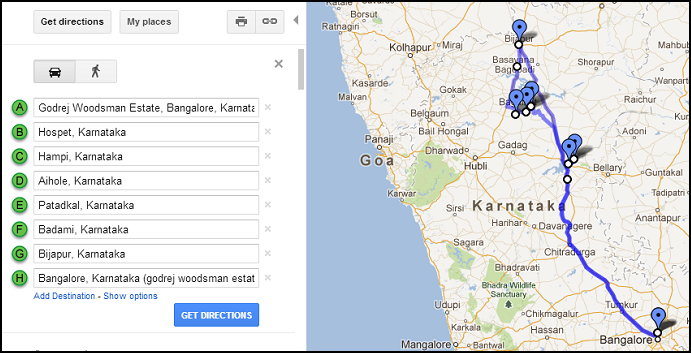