We initially planned to visit Bhutan during summer vacation of ’13. Somehow during the planning phase we found it was overshooting our budget. And moreover, was advised against it during late April & Early May as there is a high chances of rain during that time. So we had no plan and no places to visit while we are going to be in Siliguri for 10/12 days.


We called one travel agent in Calcutta from train and told him about our requirement and he said he would be able to put an itinerary of 6 nights ( 2nights Sikkim, 2 Kursuang and 2 in Darjeeling). We had no clue on the suggested itinerary as we were too preoccupied with our trip to Gaya. 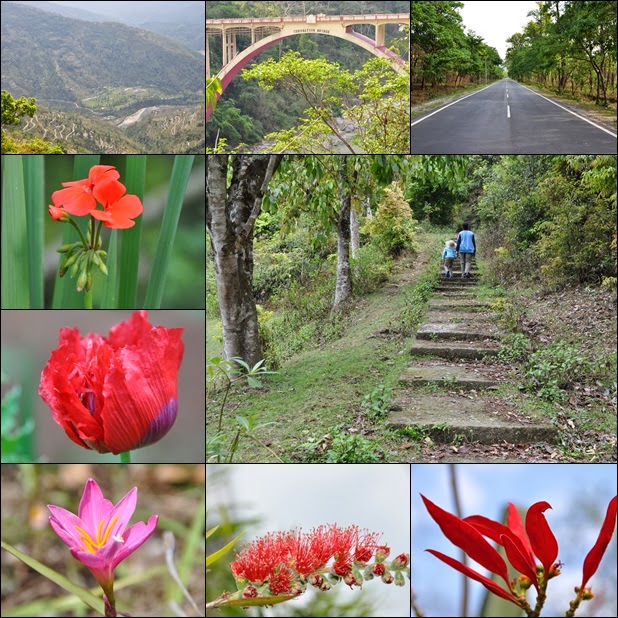 The d-day before of our trip cab driver called and informed us he is coming down to pick us. He suggested it would be a good idea to start from Siliguri as early as possible. We started around 7 from home to Bermiok (West Sikkim) via Sevoke road. The road along Assam riffles was just magnificent straight road without any potholes(a miracle in India) and trees lined on the both side. Soon we were climbing the twisted roads and crossed Coronation Bridge over the Teesta river ( few days later the bridge become news when “An Indian Guinness World Record holder who attempted to cross a river suspended from a zip wire attached to his ponytail has died during the stunt”. We continued on the Siliguri-Gantogk(NH31A) road and took a turn at Melli for Jorethang and continued on Melli-NayaBazar Road. After Jorthang the road became more steeper and narrow you really need to know how to manage those hills and steep incline and hairpin bends with zero visibility. Only relief was there were not many cars on the road. We reached Bermiok after passing by Nayabazar, Rinchenpong, Kaluk. The road was more or less well maintained but many places would be quick target of rains and land-slide is common which would cause major havoc for commuters.


The Hotel( Kanchan Hotel) was pre-booked and we were the only one to stay there. Surprisingly, the last visitor to this place was two months back. The rooms were nothing great but as they are on the hill you could see Kanchenjunga Range from your room. Suddenly, we realized we are feeling cold as this place is 5650 ft above MSL. But the caretaker gave us the first surprise mentioning we need to spend 2500 on Taxi for sight seeing. It was a shock but we did not have a choice. In the meantime, the sky was getting cloudy which is very common post noon in hills. We had a simple Bengali lunch Dal, some veggies and fish.


Post lunch we started with Tagore Smriti , a nice park dedicated to Rabindranath Tagore. Personally, doubt did Tagore ever visited this part of Sikkim as there is no solid proof for the same but the local tour guides thinks he did. From there we went to Rinchenpong monastery. There were small monks inside the monastery for their afternoon classes so we did not went in. This is a very old monastery built in 1717 with wood. The driver/guide told us there is another monastery ( Resum Monastery) if we are willing to walk up-hill. We wanted to explore so continued it was long walk up-hill with many steps. My mother stopped climbing in the middle and we three continued. It was a price-less walk reminding Master-card Advertisement as it was complete silence and the soundings are too green and pristine. Once we reached the top there was not much to see honestly. There is a old monastery which seems now part of dispute between different sect or family and there are few families staying as caretaker. Photograph of the monastery was not allowed so we took some pictures outside and headed back.


Now we headed towards to the British “Dak-Bunglow”( Now Government Guest House) , we crossed Poison lake on the way. The story of poison lake goes like this “when the British attacked Sikim(1860). They reached up to Rinchenpong when Lepchas (the original inhabitants of Sikkim) poisoned the water of the pond, the only source of water in Rinchenpong. In the process killing almost half of the British troops and forcing them to retreat.”


Well it became dark by 4:30 PM and we headed back to hotel and enjoyed hot tea with pakodas. Sitting at the rooftop restaurant we enjoyed clear sky and innumerable number of stars glittering on the sky, the lights of Pelling and Gayzing was illuminating like diamonds. Cold was getting unbearable so after an early dinner we retreated to the room quickly. 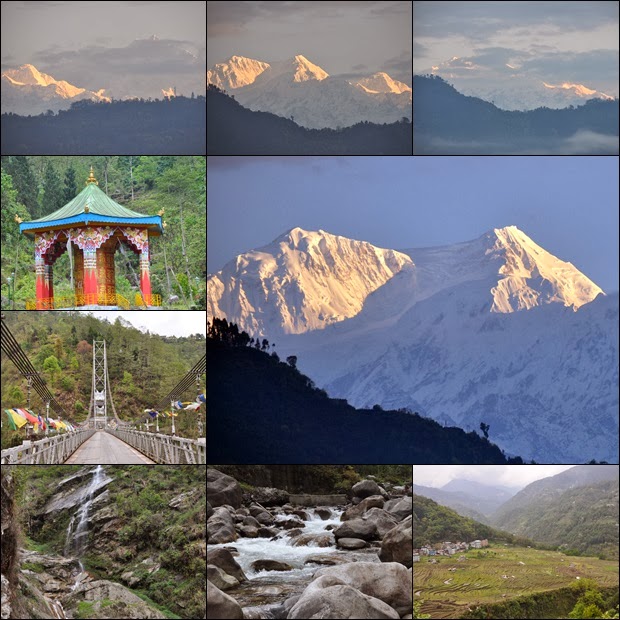 Wow! what a sun-rise with rain washed blue sky we got a clear view of Kanchenjunga Range. It was simply magnificent. We clicked many shots and special thanks to Pamela for being up so early. Post breakfast we left for other local destinations. We started with Chayataal a picnic spot. This a Government resort on a remote hill top. The road is really bad there was no tar and with previous night rain it was really muddy. We found it bit strange and could not understand why government of Sikkim is allowing guest house/hotel/Govt- Bunglow like mushrooms. If it continues for another couple of years this remote part will become like Uttarakhand tsunami one day.The USP for this western Sikkim is remoteness, being closer to nature with plenty of trees if that is gone it will be a real shame.


From Chayataal as headed down we stopped at Rock Garden; another park/picnic spot. It is located next to a stream and it was walking up and down taking pictures. The place is really nice to enjoy yourself with nature and not being bothered as there was no other tourist around.


Now we traversed the hills towards Pelling(Major town of West Sikkim) and crossed the beautiful valley of Dentam, stopped at Cheese Factory and bought some cheese for ourselves,. We took the road going towards Uttarey and visited the famous suspension bridge ‘Sinshore bridge.’ From Sinshore Bridge we took an U-turn came down to Dentum and drove towards Changey falls. Now we are on the complete opposite hill range and could see the road that we came in the morning. The Changey falls was OK but as we were end of summer there was not much water but good enough.


On the way back to Dantum we asked the driver to stop Kalej Khola, this is near Dantum Bridge. We went to the stream to soak our feet the water was cold but it was really relaxing. We were hungry and headed back to our hotel for lunch. Post lunch we went for a stroll on the same road for couple of kilometers.