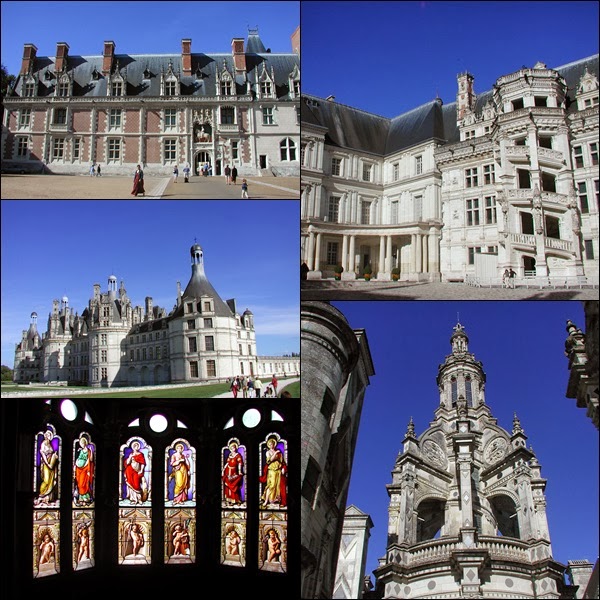 River Loire is one of the four major rivers of France. It had always major importance to France. In the Medieval time or the best time of French civilization French Rules and noble men of that time had built lot of Chateau (castles) along this river. It is very close to Paris, which is one of the reasons to built their weekend home for hunting and relaxation here.


We only visited three castles that Sunday. We started with Blois, this castle was built by four generation in four different style. It started with Gothic style but later the Renaissance and other part were added. This castle is not very big compared to other castles witch was lived by the kings. But it always had special importance in terms of the power.


From Blois we went to Chenonceau, this one is famous for its garden. It is also known as ladies castle as it was construction works were supervised by ladies. It was build by Briaonnet family but later used by Catherine de Medici widow of King Henry II. This castle is built on the top of river Cher. The history about this chateau is very long and interesting. If you get some time please read the same at www.chenonceau.com


For that day, the last castle was Chambord. It was built by the young king Francois-I. He really loved this one for his hunting pleasure. But out of his 32 years as king, he just stayed 42 days in this place. It has more than 300 chimneys. The double spiral staircase is at the center of the Greek crossed Chateau. The plan was designed and supervised by Leonardo de Vinci.
at Monday, November 22, 2004 No comments:
Labels: Blois, Catherine de' Medici, Château de Chambord, Château de Chenonceau, leonardo, Leonardo de Vinci, Paris, River Loire, weekend
Older Posts Home
Subscribe to: Posts (Atom)